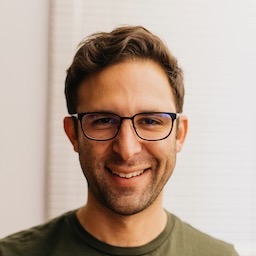 The United States Forest Service (USFS) provides Motor Vehicle Use Maps (MVUMs) in GeoPDF (more) format. I would like to put the map rectangles on a MapKit map as an overlay, but the map extents in the PDF were difficult to get to.

I met a helpful resource in the Denver Devs community that pointed me toward the GDAL Python library. Between this library and the MyGeoData website, I was able to get the coordinates into a GeoJSON file in two ways.

This website was great for finding out what I was dealing with, but I was limited to one file at a time, all manually. To get the GeoJSON, just upload the PDF and then select “Dataset Info”. The map extents were output as a rectangle (well, quadrilateral at least)in the following format.

This works perfectly for most of the maps but

You may also enjoy

In a previous post, I was puzzled about why I could not find more regional maps showing where the various MVUM maps were located. If “R5” was (for some reaso...

From GeoPDFs to Usable Data

In a preceding post GeoJSON from GeoPDF we did some fast work to prove that we could get the data we need, but now we need to dig a little deeper to put it i...

Create Directories for States and Forests

To stay organized as I collect maps and extract data from them, I wanted to create a set of directories organizing every national forest within the state it ...

I came across a surprisingly good example of what I am trying to achieve in the R5 (Pacific Southwest Region) MVUM & OSVUM Finder (and full-page equivale...